Here's where you can get the latest information on what is going on in the San Bernadino Valley Water Conservation District. There are press release fact sheets and other information on various issues related the District in the listing below. 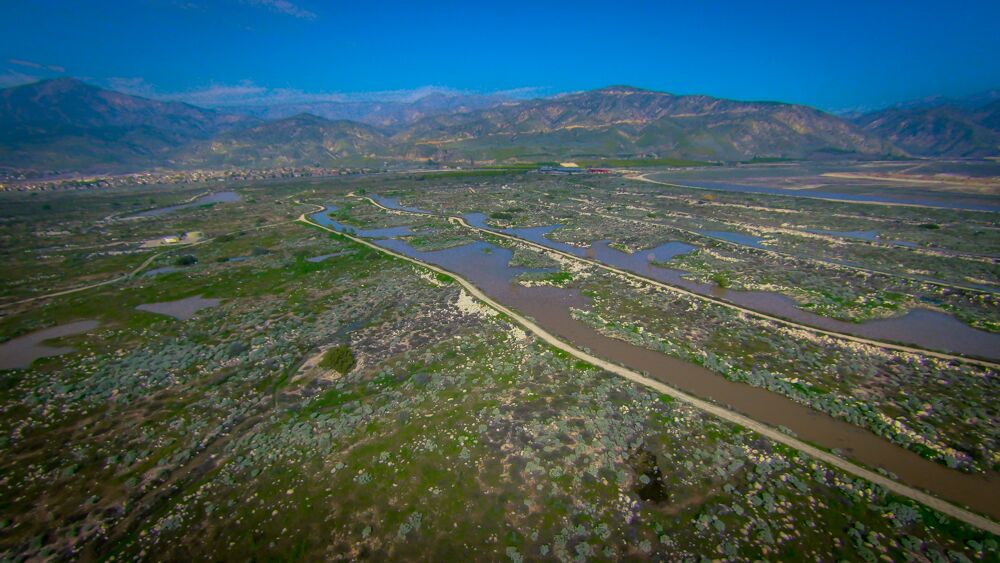 Above-average levels of water were recharged into local groundwater basins this past year, while precipitation levels in the mountains and valley were about 25% below average for the same period.

Totals for the 2019-20 water year, which runs annually from Oct. 1 to Sept. 30, reflect groundwater replenishment levels in the top 15% of more than a century of water years, with a total of 30,894 acre feet, or 10 billion gallons, recharged underground. That’s enough water to serve about 227,700 people in the region for one year.

Recharge totals reflect the amount of snowmelt, rainfall, and imported water captured by the District into holding ponds so it can percolate naturally through silt and sand into the groundwater basin, where it is stored for future use.

SBVWCD General Manager Daniel Cozad attributes the success of this water year to the ongoing benefits of the San Bernardino Valley Groundwater Council, a group of cities and water agencies working together to achieve optimum levels of water storage in the San Bernardino and Bunker Hill groundwater basins.

“This year, we are definitely seeing benefits from the collaboration of the Groundwater Council,” Cozad said. “It’s because of them that were able to make a relatively dry year into a good groundwater recharge year.”

This year’s higher-than-normal Water Year totals come on the heels of a 32-year record for groundwater storage: Nearly 23 billion gallons of water was recharged underground in the 2018-19 water year, thanks to the work of the Groundwater Council and very high precipitation that year. Significant recharge levels were also achieved in the two prior water years.

The San Bernardino Valley Groundwater Council is a model for what can happen when agencies work together for a common good. Member agencies pitch in their fair share of water for recharge or contribute money for the purchase of imported water to maximize water storage in the San Bernardino and Bunker Hill groundwater basins.